There’s plenty of real estate acronyms and jargon to learn. Some of them are a little weird, I admit.  That’s why I’ve created this cool little M.O.B. Dictionary filled with Wholesaler jargon that you can use as a pocket guide to help you decipher what everyone is talking about.

Think of this as an “Urban Dictionary” type of guide.  Other investors may give you a more professional and politically correct definition of these terms, but these will be way easier to comprehend. 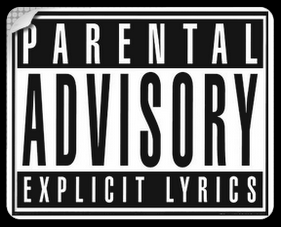 ARM: This is an adjustable rate mortgage. It means that the interest rate will fluctuate based on the market. It’s another way of saying that the lender is going to fuck you and you wont be able to make the payments in 5 years.

Example: “I started out with a 4% interest rate, but I have an ARM mortgage, and now I’m paying 12%. Now I’m in foreclosure. FML.”

ARV: This stands for “After Repaired Value”. Which means how much the house is worth if an excellent and professional rehab job is done on the house. Cob Jobs and band Aid rehabs would not qualify. ARV also only counts in retail neighborhoods, not low income or trashy areas. There’s no such thing as ARV there.

CMA: Acronym for Comparative Market Analysis. This is a learned process, and it takes practice to get good at performing these. Doing these wrong can also kill a deal from both ends. Be sure you learn how to complete a CMA. It’s an art, not a science, but every deal pretty much hinges on one being accurate.

Example: “ I bought a house from a wholesaler who sent me this CMA that was Lame AF. now I can’t sell the house and I’m losing money. I’m gonna punch that guy in the neck when I see him again.”

DOM: Stands for “Days on the Market”. This will tell you how desirable a certain neighborhood is, or just how shitty it is. be sure to research the DOM before making offers on houses, or else you may get stuck with a house that you can’t sell.

Example: “I found 3 comparable sales and their average DOM is 3,459. Wow this is a great deal, i think. Now let me go stick my head in the toilet.”

FSBO: Stands for “For Sale by Owner” . Just don’t bother with these people. You’ll end up hurting yourself from banging your head against the wall so much.

Example: “I’m going to go door knock on a bunch of FSBO’s today and try to find a motivated seller. I feel like wasting my time, gas, money, energy and life.”

FTS: Everyone should know this one. It’s an acronym for “Fuck This Shit”. It what an investor might say if the seller is being unrealistic on the price, if they won’t give you a key to the house, or if you’re tired of dealing with tire kicking buyers who want to Owner Finance your wholesale deals.

Example: “What do you mean you don’t want to give me a key to the house? How do you expect me to sell a house that I can’t get in? Fuck this shit.”

Lame AF: Acronym for “Lame As Fuck”. I hate to tell you where I learned this from, but I think it was my teenage kids. It basically means that everything that’s going on in this moment is really dumb.

LOI: Stands for “Letter of Intent”. It’s what investors use to make offers when they already know that the seller isn’t going to accept it, but they want to feel like their doing someone productive.

Example: “I think I’ll sit here at my computer all day and send a bunch of LOI to people who are selling houses on Craigslist. Sounds fun.”

LTV: Acronym for “Loan to Value”. Sounds pretty complicated, because it is. It’s the percentage of the value of the house that a private money or hard money lender is willing to loan you to buy that piece of shit house. You see, they want to keep their investment protected by having low risk. If they have a maximum LTV of 65%, and you default on the loan without ever doing any repairs, then they’re investment is relatively safe if they have to foreclose on yo deadbeat ass. They should be able to sell the house and recoup Some or ALL of their money.

Example: “I’ll lend you some money to buy that house, but my max LTV is going to be 30% because I just don’t trust that you know what you’re doing”.

MAO: This is an acronym for “Maximum Allowable Offer”. The maximum allowable offer is the MOST that you can offer your seller. If you’re smart, which I’m sure you are, then you NEVER offer sellers MAO on the first round of negotiations. If you’re not so smart, then you blow your wad and offer sellers more than MAO. Which would cause you to never close deals.

MLS: Stands for “Multiple Listing Service”. Typically used by Realtors, but a creative thinker brain investor can use it to leverage many things in their business. You can find deals to flip in the MLS, and you can also list your houses in the MLS to broaden your buyer base.

Example: “Using my equitable interest, I use the MLS to list my contracts that I want to assign to another buyer.”

REI: Stands for “Real Estate Investor”. If you didn’t know that, please rethink what you’re doing right now
Example: “I’m going to the REI meeting tonight because they serve pigs in a blanket and I’m broke until I do my first deal.”

ROI: Stands for “Return on Investment”. This is the percentage that one will get if they purchase a property and invest their own funds. You see the ROI for a wholesaler is the cost of their marketing and operating expenses, since you technically don't need money to assign contracts. The ROI for a rehabber would be Total Profit divided by purchase price, closing costs, holding costs, and rehab costs. And the ROI for a landlord is really complicated. I don't even want to try to explain it here. Just google it.
if you’re trying to sell a house as a rental property, it’s good to know the ROI so that you can advertise that to your landlord buyers. So learn how to figure that out.

Example: “[Investor/Buyer] Hey I’m interested in buying this turn key rental that you have advertised on Craigslist. What is the ROI if I pay $39,000? [Wholesaler] I have no idea what you’re even talking about because I never learned that one.” (DONT BE THAT GUY)

SWSWSWSW: This is a good one. And a great motto for those who just don’t GAF. This means “Some Will, Some Won’t , So What, Someone’s Waiting”. It’s an acronym to keep you from getting discouraged when a seller says no, or you’re getting nothing but low ball offers on your assignment deal. Fuck it. Move on.

Example: “I’ve made 327 offers this week and everyone said no. Fuck it. SWSWSWSW”.

SYOS: I made this one up. It stand for “Sell your own shit”. It’s a text message that you’d send to a greenhorn wholesaler that is advertising your houses for sale at a higher price than you are, but they’ve never met you, never spoken to you, and don’t have any type of relationship with you at all.

Example: “Hello, Mr. Greenhorn? I see that you’re trying to wholesale a house that I have under contract but I’ve never talked to you about this in my life. You need to quit trippin’ because I have a contract on that house with the seller and you have no right to be advertising it! SYOS!”

Enroll in the Property MOB
Academy

Wholesaling real estate for beginners There is excellent earning potential in real estate investing; we all know that. After all, real estate investment is how many of the ultra-rich have always made their fortunes. But what do you do when you don’t have the capital to invest in property? Isn’t this type of investment only […]
Learn More
Property MOB

How to Wholesale Real Estate Step by Step

Wholesaling Real Estate is the easiest entry into the business of real estate investing. Learn the step-by-step process and the essential skills required to be a successful real estate wholesaler.
Learn More

Stay up to date